You are here: Home / news

continued posts from: Teatime #5: The Twists and Turns of Becoming Overseas Students (1)

According to her, the hardest thing when adapting abroad is in terms of friendship. When the first year was still constrained by language, she felt unable to talk much. During the lecture, Sorlihah admitted that she could only remain silent. However, the longer stay in Indonesia, she began to feel at home. It just because she already has a close friend. Including friends from Thailand who also studied at UII.

“It so happened that at that time there were friends who started inviting chat, so it wasn’t just me who tried to adapt in the new environment. They also want to adapt to chatting. Eventually there will be many friends who want to help, especially during the third semester,” she said.

The food in Thailand which is mostly salty and spicy is different from the food in Jogja which is sweet. Although initially having difficulty choosing food that suits her taste, Sorlihah began to find food in Indonesia that she liked. When asked by Annisa Putri Jiany, as the master of ceremonies, about Jogja’s food that was first liked by Sorlihah, she admitted that the chicken soy sauce and seblak menu was her favorite food.

The thing in Indonesia that made her not impressed was the education of her Pesantren (boarding school for higher education). “The boarding school’s girl here (Indonesia) are so cool. They can master many languages, especially English and Arabic,” she said enthusiastically.

Sorlihah herself, aside from her studies, also lives in a dormitory provided by the campus: dormitory of Islamic Boarding School of UII. The boarding school lecture that Sorlehah attended was not much different from the routine of the pesantren in general. There was religious and language learning that was held outside of formal class. Although the routine made her schedule even more solid, Sorlihah continued to follow the applicable curriculum with a light heart until graduation.

“What is the tips and tricks from Sorlihah for studying abroad?” asked Jiany, the host’s nickname.

Sorlihah said the first most important thing was intention. Need to prepare the heart, and strengthen the intention. According to her, a strong intention will make yourself not easily give up and back down when there are problems.

Second is research, finding out about the culture and language of the country to be addressed. Like food in the destination country, anything that needs to be taken care of when leaving, and so on. “I also asked my siblings about Indonesia. How is Jogja? My siblings also told me about shake hands and language culture. If the language is not much different, so don’t panic too much,” Sorlihah said.

At least, Sorlihah conveyed a message to friends who wanted to study abroad, “Don’t give up quickly, every difficulty there must be ease. God will not give trials beyond the ability of his servant.”

On July 24, 2020, Sorlihah Pohleh was present as a speaker at the Teatime talk show. In this fifth episode, the event theme was “Being International Student and How to Conquer the World.” Sorlihah, who is from Pattani, Thailand, is an alumni of the Communication Science Department of Universitas Islam Indonesia. She was speaking live on Instagram of International Program of Communications Science Department (@ip.communication.uii).  This 2015 class year student shared her experience as a foreign student at UII and how she adapted to the new environment.

Studying abroad is one of Sorlihah’s dreams. Initially she did not think of choosing to study in Indonesia. At that time Sorlihah had become a student at Fatoni University (FTU) Thailand. She got information about scholarships to study abroad from one of his lecturers. Coincidentally there is a scholarship offer from UII that is just running an international scholarship program.

Sorlihah finally ventured to try. She followed the advice to register for a scholarship at UII. At first she was hesitant in choosing a major in economics or communication major. However, because the communication department was one of the rare majors in Thailand, the lecturer again suggested her to choose Communication Major. In addition, her decision to choose UII was due to the good campus environment and culture. The implementation of Islamic culture in UII such as prayer in congregation, similar to the culture in Pattani, Thailand. She feels safer and adaptable.

Pattani area is identical with Malay. Malay language is their daily language. Pattani’s location in the southern part of Thailand makes people there use Thai language less frequently. This made Sorlihah could learn Bahasa easily. Despite, the Malay language is not much different from the Indonesian language. In addition, she also tried to be active when gathering with friends so she could quickly master Indonesian and was no longer constrained by language.

Sorlihah claimed not to have encountered so many obstacles while living in Indonesia. It was because of the friendliness of Indonesians, especially Jogja’s people. “I just enjoy what is in Indonesia. Because Indonesians are friendly, so it’s not difficult to adapt and deal with people,” she explained in the Instagram live program.

Staying away from parents certainly changes a lot of things. Such as having to manage their own expenses and face the homesick. She said that she would usually get a homesick when there is a problem or think of an allowance. Even so, she can quickly overcome it by meeting friends from Thai who are both struggling.

She sticks to her mother’s advice. Sorlihah should became more determined to try new things while in Indonesia, “To deal with new things, I remember my mother’s word to just try it first. Try it first to know whether it’s good or not. So later we can deduce which is good and not.”

Continue to the next Article: Teatime 5: How to adapt to food, friends, and language obstacle This workshop is an annual workshop organized by International Program of Communication Science Department, Universitas Islam Indonesia.Through this workshop it is expected that students and participants who attend the workshop will be able to get an overview and more understanding about globalization, especially in the current situation.

In this first session, the workshop will be titled The Future Globalization, which will be filled by: 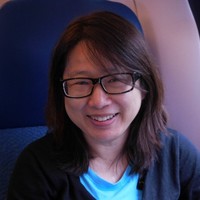 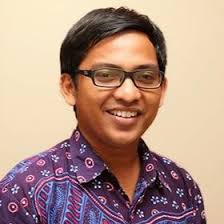 Please fill out this form to participate in this workshop: Haryanto managed to collect UI Communication Department data from various sources. For example the data of Professor of Communications at UI and his dissertation, changes in names and faculties, and keenly seeing the tendency of social sciences in Indonesia due to the tight supervision of the Soeharto New Order.

In the discussion via zoom conference video application also emerged several new facts that were completed from the participants who were mostly speaking as UI academics. For example Ade Armando, Pinckey Tri Putra, Nina Muthmainnah. There are also I Gusti Ngurah from UGM, Masduki from Communication Science Department of UII and others.

“This is a preliminary search. It only opens doors and hopefully my talk will provoke other campuses to also explore the same data so we can see,” Haryanto said.

Other facts, for example, “Why does UGM only have one professor / professor? I haven’t checked further. Hasanuddin University (unhas) has at least quite a lot. This means it’s interesting, Unhas is younger, there are already many professors. UGM is older, how come I only have two professors? “Is this administrative or what? UGM should answer.” said Haryanto. “UI even though it is younger, but has 12 professors. Why? Let’s examine it further,” he said.

I Gusti Ngurah answered, as a UGM lecturer, this fact could have happened because of stagnation in the 80s. At that time the Chair of the UGM Communication Department was stagnant. He served too long and many lecturers did not continue their studies. It was only in the late 80-90s that a new generation of renewed spirits emerged.

Is There Indonesian School of Communication?

Masduki from Communication UII also asked, “as far as observation until now, whether the phenomenon of two academic camps in UI: positivist-empirical-quantitative developmentalist vs. critical-normative-qualitative in the last twenty years and then productively produced a scientific synthesis / approach this new study of communication that is uniquely Indonesian or continues as an open or latent scientific confession? ”

There is no final answer. But Pinckey Tri Putra tried to answer. He said, until now there has not been

the formulation as mentioned by Masduki as a typical Indonesian scientific communication study at UI. The UI is still far away, he said. He still continues to process and develop. According to him, this process has not yet found anything unique to Indonesia.

Yus Ariyanto, one of the participants, also asked. “It seems that (almost) all UI communication professors were born from publicist / mass communication” wombs. What’s with the realm of public relations or advertising? ” he asked.

In this study of the history of communication, it can follow a very basic guide. Luthfi Adam, speaker of the first session of the AES Forum said, we can use a very basic historical research guide through a book by Mary Lynn Rampola entitled “A Pocket Guide to Writing in History.”

As for the guide to reading the archive, “you can use the book” Allure of the Archive “by Arlette Ferge. If the guide is conducting research on humanities try to check” How to Write a Thesis “by Umberto Eco,” explained Lutfi in the Zoom Chat feature. He at last tries to complete the discussion the research of history of communication.

That was a brief note from the discussion in the 3rd Amir Effendi Siregar Forum. The event that was held by PSDMA Nadim Communication Communication Science Department of UII was able to attract more than 80 registrant participants. The AES Forum which was held on July 18, 2020 presented Ignatius Haryanto, a scholar from Universitas Multimedia Nusantara and a doctoral candidate from the Universitas Indonesia.

“This is an UI Communication Science case study, so this is the unofficial history. this is my disclaimer,” Ignatius Haryanto said, starting the AES Forum this time. Haryanto explained some of the findings of his UI communication department history research.

Haryanto added, the unrest in the national arena was more or less exposed and affected to campus. While  UI do not want to talk much about this.

“In this case Abdul Wahid wants to talk about these tragedies. UI is still closed about this tragedy,” Haryanto said.

Many American Scholars But Not Followed Americans

“There is a lot of thoughts of Prof. Dedy behind the movement of students at UI from the 80s. He focused on critical thinking at UI. He even had critical thinking since he graduated from undergraduate, and continued after his doctoral. It colored the Faculty, not only communication department,” Pinckey said . “At the beginning of his career as a lecturer, the first he introduced was a way of thinking,” he continued.

Nina Muthmainnah also confirmed that the thoughts of Wilbur Schramm and her students were actually brought by Prof. Alwi Dahlan when returning from America. “There are stories in the class about Mr. Schramm who is Pak Alwi’s teacher, those conversations that are not in the book sometimes.”

The thinking and practices of quality journalism are also obtained from the influence of lecturers from senior journalist practitioners. For example, let’s call Rosihan Anwar who teach Bahasa for Journalistics , Aristides Katoppo, and Jacob Oetama, whose name is now enshrined as one of the buildings in UI.

To be Continued to next writing entitled History of UI’s Communication Dept.